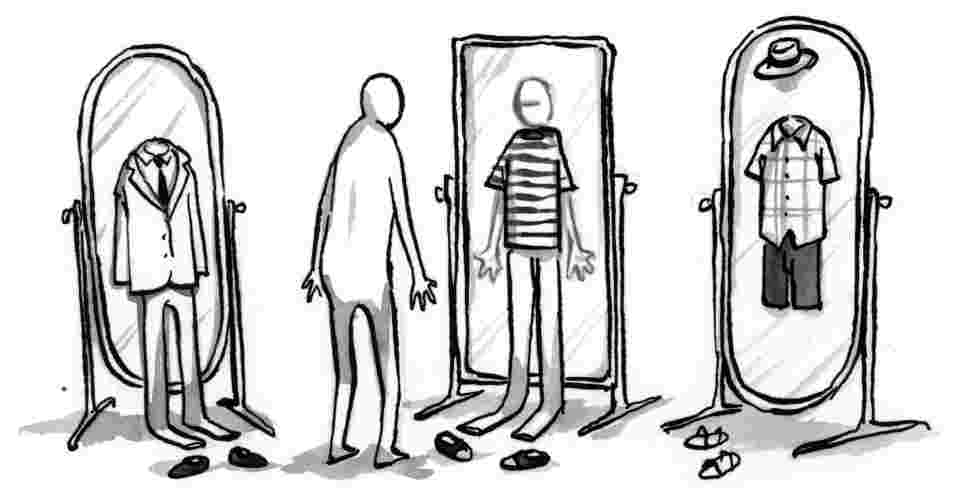 Several years ago, I was working on a large, complex
application. It was a bit of a legacy project: many different
designers and front-end developers had come and gone, each
appending a new portion to the sprawling application. By the
time I arrived, the CSS was huge, the styles were varied, and
it took a lot of effort to find out if anything was reusable.

During all this, I discovered style guides—a way to control
markup and CSS so neither veered out of control or ballooned.
In jobs since, I’ve seen firsthand how style guides save
development time, make communication regarding your front end
smoother, and keep both code and design consistent throughout
the site. It has been a revelation, and in this article, I want
to show you how to build and maintain them, too.

What is a style guide?

To me, a style guide is a living document of code, which
details all the various elements and coded modules of your site
or application. Beyond its use in consolidating the front-end
code, it also documents the visual language, such as header
styles and color palettes, used to create the site. This way,
it’s a one-stop place for the entire team—from product owners
and producers to designers and developers—to reference when
discussing site changes and iterations. Several companies have
even put their guides online; Starbucks is the most well known
of the bunch, but others exist.

(I should also mention that what I call a style guide,
some people call a pattern library. Many of the guides I
reference use the term style guide, but pattern
library is gaining in popularity.)

When I started working at Editorially, one of the first things
I did was tackle the style guide. Creating the guide was
probably the most useful thing I’ve ever done when settling
into a new job: it forced me to go through every single line
of CSS and read it, digest it, understand how it was used,
and then document it for my own, and the team’s, future
reference. In addition to catching inconsistencies and errors
by poring through the CSS, if I didn’t understand how certain
pieces of code were being used, I annotated the guide with
questions (which my teammates graciously answered).

Why should I use a style guide?

As your team grows and changes over time, your style guide will
help you in several ways. First, creating your guide will take
some time up front, but I’ve found that this pays off with
faster build times for new sections and pages, because anyone
joining an ongoing project can refer to the guide for the exact
styles to use.

“http://d.alistapart.com/393/creating-style-guides/south-tees-panel.png”
alt=””/> Imagine starting a page build with information like this
from the South Tees Hospital guide; a donation box would be done
in seconds.

Second, a guide allows us to standardize the CSS, keeping it
small and quick to load. By using the guide as an inventory of
modules and code, both designers and developers can quickly see
if new designs deviate from established standards, and decide
as a team if it’s worth expanding the codebase or if something
already written is easily extended. When you have no guide,
this is impossible, which in my experience usually means that
new styles are written—resulting in bloated CSS.

Third, design consistency is easier to maintain, as the
designer can look in one place to reference the site’s
components and ensure a cohesive look and feel throughout. This
is especially helpful on larger teams and at enterprise-level
companies where you may have an entire team of designers
working on the site. And when design consistency is maintained,
the codebase is also kept smaller.

Fourth, communication becomes clearer as well. When I built out
pages in a large-scale project and passed them off to the
designer, she used the language of the various classes in the
guide to ask for changes. This meant that we didn’t have any
confusion on either of our parts as we sped through revisions.
It also gave the entire team a shared vocabulary, like the
names of modules, to use in talking about the designs once they
were coded.

The final benefit I’ve found is that you can use your guide to
do a quick QA pass. The guide may not be identical to the pages
you eventually build out, but it can point out issues you may
have in various browsers. By tackling these early on, you’ll
avoid them in later testing.

Steps to build out your guide

Below, I’ll take you through starting your own guide, based on
my first few weeks at Editorially. (Because when I work on a
project without a guide, I’m soon jonesing to make one—just ask
my colleagues).

Start your guide with some of your site’s foundations. A
foundational element may include the color palette, your grid
layout system, or the basic type styles for headers and body
text: whatever you feel are the very basic elements to create a
page. For Editorially, the most foundational part of our site
was the color guide, so I began with that and went from there.
I created an HTML document with the markup, linking to the
application CSS, so any CSS changes would be automatically
reflected in the style guide.

When you look at the style guide created by Yelp, you can see
how it starts with the basics: typography, grid, and colors,
adding more patterns as it goes along.

A pattern is any self-contained set of markup and styles to
make some of your site’s basic objects, like a call-out box
used repeatedly, buttons, or the way you lay out a list of
links horizontally. At Editorially I documented all the
variations possible of button and link styles. So go ahead and
add the exact markup you need for each element to your guide.

For example, for a button in the Editorially guide, I simply
put . And because we link to the same CSS
as the application does, the CSS shows correctly in the style
guide. Should we change the .btn style, the style
guide would change as well.

Keep going through your site and add in patterns as you see
them; you may use particular layouts over and over, or a
media-object pattern, or a vertical list pattern. Below is an
another example from South Tees Hospital, showing some of their
patterns for what they call feature blocks. Look for similar
things on your own site to document in your guide.

This is also a good time to ask your team what else would be
helpful to have in the style guide. Share it, let them take a
look, and hopefully they’ll help you fill out all the patterns
and modules needed. Don’t forget to have the entire
team help you round it out, as it’s a resource for
everyone.

If possible, add the bits of interactivity that your site uses,
such as dropdowns, modals, or tooltips, which are small hovers
with helpful text that gives the user more information. This
lets your team see not just the static versions of these
things, but the animations as well. So when you’re looking at
the guide and hover over or click on items, they’ll actually
act as they would on your site.

If you have to do extra work to update your style guide when
making changes to your look and feel, the likelihood of it
staying up to date is pretty slim. I’ve said it a few times
now, but that’s why we linked the Editorially guide to the same
CSS as the application—that way, we didn’t have to manually
update the guide ourselves. It can be difficult to make
updating the guide a priority, but maintenance is critical.
Depending on how quickly you iterate on your site or
application, you should check up on the guide as a regular
task, whether it’s weekly or monthly. When you’re making
changes to your site, update your style guide as part of the
workflow.

Once you have the bulk of your site’s or application’s
components listed in your guide, you’ve got a wealth of tools
to make it even more handy. As I built out the style guide for
Editorially, a colleague pointed out the fantastic tool by
Filament Group, “https://github.com/filamentgroup/X-rayHTML”>X-rayHTML,
which is a small JavaScript library to help you build out
documentation. X-rayHTML takes the styled objects on your page
and generates a nicely formatted code block below them, without
any further code from you. You can also add “http://prismjs.com”>prism.js for syntax highlighting,
which color-codes the code for greater readability.

“http://d.alistapart.com/393/creating-style-guides/styleguide-06-Aug-messages.png”
alt=””/> A look at the Editorially style guide with X-rayHTML at
work.

If you’re interested in automation, there are other tools that
can make creating the guide even smoother. Two of these include
KSS and “http://trulia.github.io/hologram/”>Hologram. Both tools
use things like commenting or YAML inside your stylesheets in
combination with something like Ruby to automatically generate
your style guide. It would take some work to go back and
retrofit your stylesheets with the appropriate comments or YAML
for these approaches, but you’d save time in the long run, as
these tools make maintenance much, much easier. In addition,
A List Apart has put their pattern library on
GitHub and featured a “http://alistapart.com/blog/post/getting-started-with-pattern-libraries”>
blog post on its creation, demonstrating yet another method
of building a style guide. The possibilities of what you can do
are far greater than what I’ve outlined here; you might poke
around to see what may be most helpful for you and your team.

Phew. You’ve done all this work and you’ve created this guide,
so now what? How do you get people to use it? The first step is
to talk about it. If a new team member comes on board,
introduce her to the guide as a way of orienting her with the
site, since the guide encompasses so much of both the visual
and code languages of your front end.

As long as you’re iterating on a site or application, your
style guide will never truly be finished. But having something
documented early on, and showing it to teammates and getting
their feedback, is a huge help. Involving the whole team in
building the guide also makes it feel more like the
team’s guide—and gets everyone invested in maintaining
and using it on a regular basis.

We’ve made the Editorially guide available as both a public
repo on “https://github.com/Editorially/styleguide”>GitHub and
online.
This was very much a work in progress and an internal team
document, so we’ve also got notes, patterns, and a lot of
messiness. But the reason for showing it is to reinforce the
fact that a style guide doesn’t have to look perfect to be
useful. Despite the mess, all of this was incredibly helpful
for me and other team members as we continued to work on the
application.

So, are you convinced? Are you wishing you had a style guide
for your site or application? It will be well worth the effort:
make the time, get your team on board, start the build—and be
rewarded with a document that speeds up the discussion and
development of your site.